The prospect of functioning without a telephone would be considered near impossible by a large and growing portion of today’s modern society who now depends upon this device to sustain a means of living. 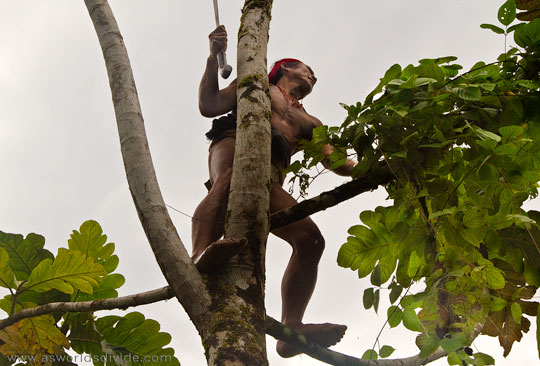 For better or worse, this change in behavior and perception over the past century does heighten the intrigue as to how people actually got about sharing their important information immediately with others (without telephones) for the thousands of years prior.

For the indigenous Mentawai, a hunter-gatherer people whose homes were scattered throughout vast and dense rainforest (most have now been resettled into zoned areas), they used a percussion-based instrument called the Tuddukat. 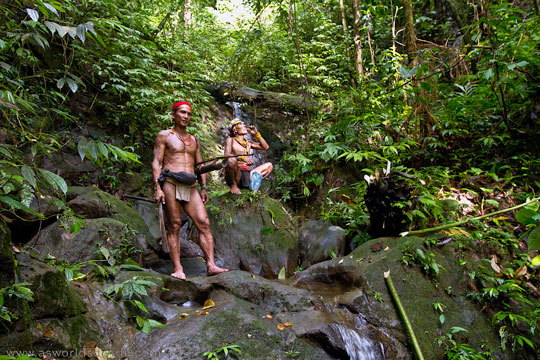 The Tuddukat is made up of three hollowed-out logs with guitar-like openings at the top. Each log also increases in size and tone from small, medium to large. Using a wooden stick to drum variations of rhythm and tempo, the Mentawai created a language with the Tuddukat enabling them to communicate over expansive distance.

For a more detailed explanation and also an example of these sounds, I’ve uploaded a video featuring Sikerei, Aman Bibit, illustrating to me the purpose of this communicative device.

Thanks for reading. Please check out the As Worlds Divide documentary film we’re working on as part of the Suku Mentawai education program.